Mike Redwood discusses how leather, particularly luxury goods, has held out against mass production practices in favour of tradition and artisan skill. 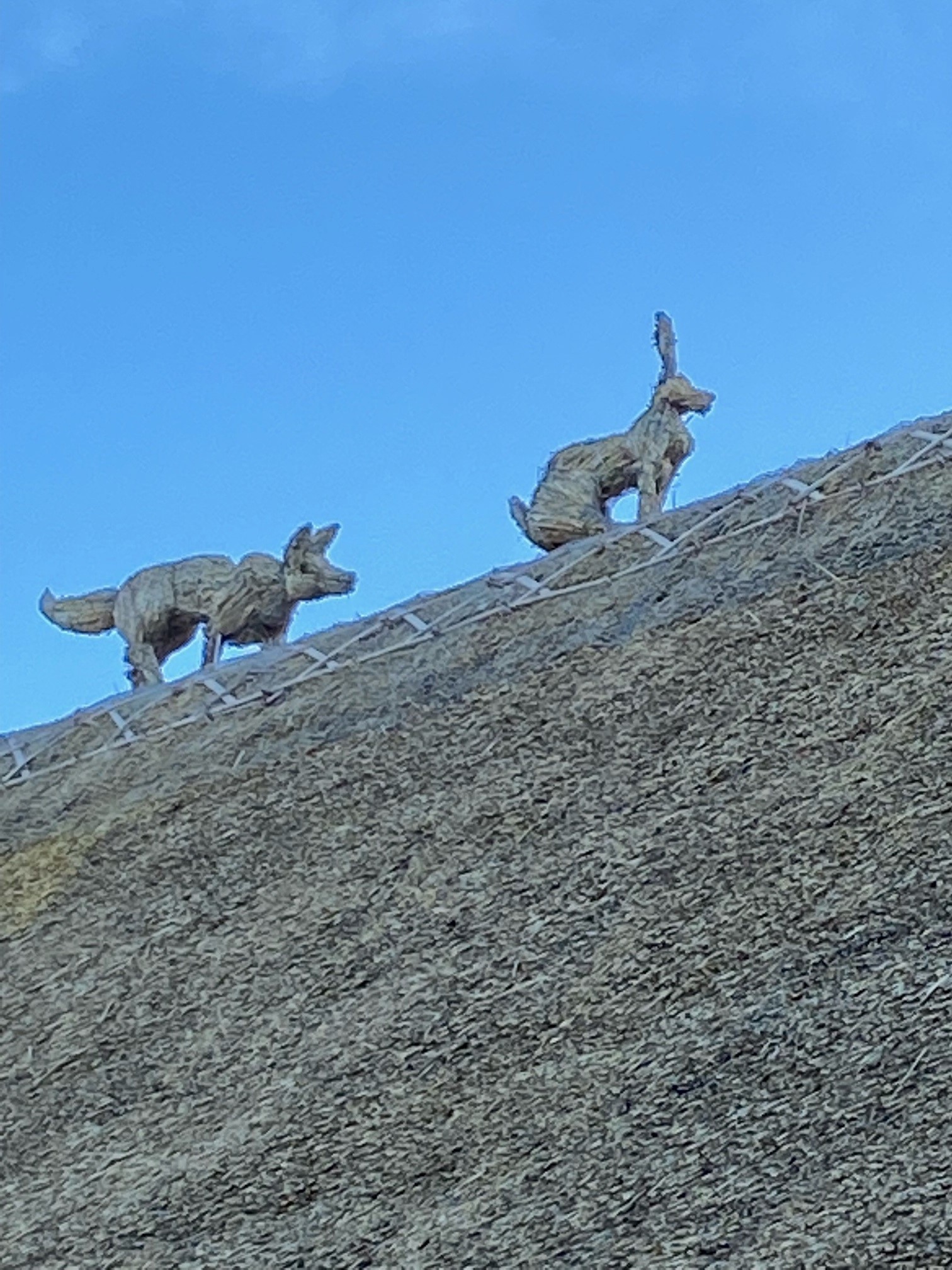 I recently found a response on my Instagram account lamenting the loss of craft skills in the U.S. I had posted some pictures showing a crafted fox and a hare topping a newly thatched roof in our English village, a signature from the thatcher on completion of a big job (right).

Craft skills like this are important and especially so for leather. The making of products out of leather in high volume plants or small workshops requires work with hand and eye at some stage, as well as in tanneries where every tanner knows that, while their product is engineered to tight specifications for functional consistency, it is the artistry and creativity in the aesthetics that make leather special.

Given that the ultimate expression of that aspect lies in the luxury goods trade with companies like Hermès, this is a story that begins and ends in France. In July 1785, U.S. President-to-be Thomas Jefferson joined French gunsmiths at the Château de Vincennes, just outside of Paris, for a demonstration of how rifles could be made or repaired using interchangeable parts.

Honoré Blanc, a gunsmith from Avignon, showed how he could dismantle 50 firing mechanisms from a musket and quickly rebuild them using parts taken at random from boxes of spares laid out in front of him. The craft of the traditional gunsmith required each element – the face plates, main springs and gunpowder pans – in every mechanism to be carefully adjusted to fit.

It is said that Jefferson built several mechanisms himself and quickly gained a high level of proficiency. America was short on craft skills and workers, so he pushed the concept, although it was not until 1820 when the U.S. built their Harper’s Ferry Armoury in West Virginia that the “first truly mechanically produced production line objects made anywhere” was actually built.

This concept of breaking tasks into specific elements and making them precisely for assembly later down the production line was the foundation of mass production and the fame of the Ford Motor Company. It offered society huge advantages in volume, lower cost and high levels of employment but, of course, with less-skilled workers who were paid less.

While the concept of mass production to produce cheaper products in high volume to meet the demands of the growing middle classes became a global production standard, in Europe and some other places change was slower and some skills survived, albeit mostly in jeopardy today. In France, craft skills in luggage, saddlery, gloves and footwear became the foundation of what we now call the modern luxury industry.

Companies like Hermès are not willing to compromise on the methodology that they have used from the start with their famous bags so, as well as recently opening a training facility, they announced that they will open three new workshops in Louviers, Tournes and Riom.

They have already opened nine new plants since 2010, which shows that they are a big employer of artisans and not interested in risking the quality of their articles for the sake of higher output.

As these ancient skills continue to decline, we have seen luxury houses buy up specialist tanneries mostly to conserve the knowledge, rather than seeking exclusive access. Chanel has been particularly good at buying companies where they worry financial or succession issues could mean the loss of ancient skills. They have a large collection of embroiderers, shoemakers, tanners, glovemakers, button makers and Scottish knitwear among many others.

This is heartening but, elsewhere, many of these heritage crafts remain endangered. In the UK, clog making, sporran making, parchment and vellum, oak bark tanning and horse collar production are on the red list with glove making, shoe and boot making (including lasts), side saddles and vegetable tanning (pit method) causing concern. I am sure similar stories can be told in other parts of the world, with not many white knights like Chanel around to save them.

At a time when companies are finding it hard to recruit, it is easy to ignore these ancient crafts. Yet Chanel has shown that, while ancient, they can be immense sources of innovation without compromising tradition or skill. While large numbers make luxury leather items in a few markets, the higher volume production of leather products of all types in the rest of the world still requires hands-on skills, offering sometimes huge levels of employment that is of good quality, with training and career paths available.