It comes down to a question of price

Deputy Editor Tom Hogarth examines the concerns around the rise of meat alternatives and the reality of the situation.

There’s a lot of discussion right now around the rise of substitutes for both animal proteins and leather, primarily when referring to beef and bovine leather. The fear seems to be that, with the prevalence of other options being developed with an environmentally friendly and animal welfare angle, or to cater to a growing population of vegetarians and vegans, both the meat and leather industries will begin to lose market share at an accelerating pace.

We’ve discussed the realities, opportunities and challenges of leather alternatives thoroughly at ILM, and will continue to do so as the industry develops and competes with leather, so let us take a look at animal protein alternatives for the food industry and the parallels we can see with leather’s competition with biomaterials.

Few readers need the link between the leather and meat industries emphasised, but this can be seen clearly in the benefits of recent cooperation to combat illegal deforestation, tackle animal welfare issues and sourcing concerns for clients and communicate in the right way at key stakeholder events such as the recent COP27, where the Leather and Hide Council of America (LHCA) and the North American Meat Institute (NAMI) joined forces.

On the other side of the equation, the connections between biomaterials and meat alternatives are less well-forged and primarily amount to shared goals/ethos in product development, similar raw material sources and a shared audience. The other major shared factor between the two industries is that they are still in development and far from the scale, efficiency and consumer acceptance of meat or leather. They also have in common a statement which declares: “Alternatives will erase meat and leather from society tomorrow”. Nothing could be further from the truth and, while we may have to accept a future where our industries compete in the same space or even cooperate harmoniously, the meat and leather industries are not going away.

Lab-grown animal protein is one such development which has seized the attention of the media and social media. It’s not a difficult feat; when an industry is new, it is expected to hit significant milestones rapidly and, take it from a journalist, this makes for good news. When, just last month, the Food and Drug Administration in the U.S. approved lab-cultivated chicken meat for sale to consumers, it made for a wonderful headline but ignores the fact that this meat will be available exclusively through Michelin-starred restaurants and the like, where the menu price can justify the expenditure and low stock availability.

The argument of cultivated animal protein producers is that the meat industry is hugely inefficient, and it’s not a terrible point to argue, but the point being missed is that for cultivated meat (or plant-based foods) to scale to the size of the global meat industry would require investment and drive beyond the scope of a free market, at least within a reasonable timeframe. And a shift in public opinion and government focus, even just in the U.S., towards these products would mean a dramatic change in thinking, and that’s without considering lobbying, corruption and financial limitations.

Non-profit think tank Good Food Institute (GFI) conducted a techno-economic analysis in 2021 which found that the production cost of cultivated meat could be reduced from over US$10,000/lb to around US$2.50/lb within 10 years. However, this imagined facility would produce around 10,000 metric tons of product annually, a figure which is dwarfed by the 100 billion pounds of meat produced in the U.S. each year and would cost a projected US$450 million to set up. It would also require roughly a third of the estimate bioreactor volume of the entire biopharmaceutical industry.

Meanwhile, GFI funder Open Philanthropy conducted its own techno-economic analysis, which found that cultured meat at scale would encounter a series of debilitating problems, including low growth rate, metabolic inefficiency, catabolite and CO2 inhibition and bubble-induced cell damage that would all limit practical bioreactor volume and attainable cell density. Meanwhile, economic challenges would take the legs out of such a project, ranging from achieving equipment and facilities with adequate microbial contamination safeguards, suitable formulations of amino acids and protein growth factors scaled to food production. In its abstract,

Open Philanthropy stated that: “Capital and operating-cost analyses of conceptual cell-mass production facilities indicate production economics that would likely preclude the affordability of their products as food. The analysis concludes that metabolic efficiency enhancements and the development of low-cost media from plant hydrolysates are both necessary but insufficient conditions for the measurable displacement of conventional meat by cultured meat.” Speaking to The Counter, author David Humbird said that it was “hard to find an angle that wasn’t a ludicrous dead end”.

In his analysis, Humbird projected that the cultivated meat sector could grow to a global production of 100 kilotons, roughly equivalent to plant-based meat alternative production in 2020. Even with the economy of scale at this size, Humbird found that a facility which produced 6.8 kilotons of cultured meat each year would, with 20,000 litre reactors, achieve production costs of around US$17 per pound of meat, while relying on smaller, medium-efficient perfusion reactors would result in a cost of more than US$23 per pound. And this is production cost before any additional overheads, and markups for sale. Not to mention that the final product would be a slurry equivalent to the kind used for nuggets or hot dogs, and not similar in appearance to a cut of meat.

Failed launches in plant based

Another side of the problem comes down to consumer acceptance and marketing. While plant-based foods have found a niche in appealing to those consumers who choose not to eat animal proteins (Statista’s report on diets and nutrition in the U.S. in 2022 found that 5% of U.S. citizens are vegetarian and 0.5% are vegan), cultivated meat will have to directly compete for shelf space and consumer attention both with traditionally-produced meat products and plant-based alternatives such as Beyond Meat and Impossible, which have marketed their way into the meat aisles of supermarkets.

A hybrid option is unlikely to succeed in any goal except muddying the waters – and we’ve already seen food industry giant Tyson Foods fail in its attempt at combining meat and plant-based products, pulling its “Raised and Rooted” line after a short stint on shelves in 2019 – so consumers would likely be faced with a purely lab-grown meat product in the shop. Unfortunately, recent studies including one from Daniel L Rosenfeld and A Janet Tomiyama titled “Would you eat a burger made in a petri dish? Why people feel disgusted by cultured meat” found that consumers might not jump to accept cultivated alternatives.

With the leather industry feeling pressured by biomaterials, thanks to the arbitrary marketing decisions of a few major brands, it is tempting to look at the food industry and see the same issue arising and worry for the fate of the raw material itself. However, it’s plain to see that not only will it take an exceedingly long time for meat alternatives or cultivated animal protein to develop, but there may be a hard ceiling for that development. As much as the minority may wish it to be the case, and as compelling as the arguments for animal welfare, the environment and health might appear in the right light to the right audience, naturally-produced meat and leather are going nowhere soon. 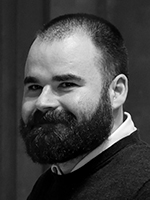