I was impressed by the positioning of the Dacia Logan when it first launched in 2004 and enjoyed the fact that in a marketing class of 200 students at the University of Bath, for many years the students had no idea what a Dacia Logan actually was. Meanwhile, it was proving itself spectacularly successful and a perfect example of a product designed to meet a well defined consumer demand.

After a discussion in Moscow between the President of France and the head of Renault as to why no Renaults were to be seen on the streets, the designers were given the difficult task of producing a car to sell at €5000 that could comfortably accommodate “four adults, a pig, 220 pounds of potatoes and a kitchen sink”. Most inexpensive cars in Europe were essentially designed for entry-level vehicles for young single people in their first jobs and not for than families. 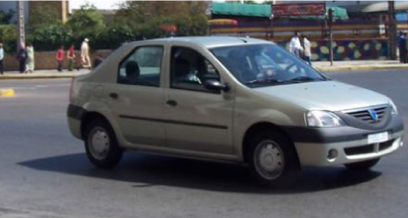 To achieve this, they bought out their partner in the Renault plant in Romania and rebuilt it to manufacture the new car, to be called the Dacia Logan. No expensive robots, but hand battered flat metal, straight line dashboard, identical external mirrors and no soundproofing were part of creating a car that met the design brief and the price point. The launch was outstandingly successful and quietly the car distribution extended beyond the former Soviet states into North Africa and the range extended to include an estate car and SUV.

Millions of the cars had been sold when I starting asking my students about it, and I viewed their ignorance as a great marketing success. The car was not for them, and the company had correctly segmented and targeted the audience it wanted. Communications were tightly focused to make best use of the budget. There was not the cash to be wasteful.

The social media and email activity of Leather Naturally provides good advice for membership and industry stakeholders, and works well at a business to business level. It offers education and scientific materials which can be easily picked up and used in posters and presentations.

On the other hand, its new arm Metcha.com offers vibrant, modern communications pertinent to the new target audiences we need to be supportive of leather and not trapped by the urban ignorance of nature and the current youth concern over items of animal origin. This audience is young, global with a heavy weighting in Asia and Africa, largely urban and sees the world through the new reality of a smartphone. It is not surprising that more traditional tanners struggle a little with the Metcha communications. Yet, a look at the thousands of likes on Instagram and the huge reach of its overall social media activity will soon put those fears to rest.

This looks like the first really effectively planned campaign the leather industry has ever done. It is decades overdue. We have watched wool, milk and cotton blaze the trail and wool in particular make an impact of real relevance. One part of that relevance has been to keep going, and not stop after one or two years. Wool has had some ownership changes and other disruptions, yet, we are looking at a campaign that started many decades ago and has continued and evolved relentlessly.

So this is undoubtedly the moment to redouble our efforts and not pull back, but to push forward. Leather Naturally needs to continue to grow membership and to be given even greater support for its second year of campaign. It is the moment to consolidate and grow. Dig deep and help the new funding round that has just been launched.