Veganism is often presented as the solution to our environmental, health and animal welfare problems. But is it? Although, the majority of vegans believe any material that is not derived from animals is fine, many miss the fact that globally thousands of perfectly useable hides and skins (for making leather) are currently thrown away on a daily basis (estimates suggest 15-25%), while many of the alternatives that are marketed as ‘vegan’ use up natural resources and many are fossil-fuel derived from non-renewable carbon sources.

Veganism is described as a way of living which seeks to exclude, as far as is possible and practicable, all forms of exploitation of, and cruelty to, animals for food, clothing or any other purpose. One thing all vegans have in common is a plant-based diet avoiding all animal foods such as meat (including fish, shellfish and insects), dairy, eggs and honey - as well as avoiding animal-derived materials, products tested on animals and places that use animals for entertainment.

In North America the number of vegans is estimated to be around one percent of the population. There has been a lot of media hype, a disproportionate amount given the percentage of the population that are truly vegan, surrounding all things vegan in the past few years. Despite the hype, the overall vegan population is estimated to be relatively stable. In fact, estimates suggest that around 84% of people that try a vegan lifestyle abandon it after only one year, and only a hardcore of people choose to live a fully vegan lifestyle for a period of time. This article is not trying to argue against a vegan lifestyle and any person should be free to choose their own diet and lifestyle. Also, nobody can argue against anyone highlighting poor animal welfare practices and the mistreatment of any animals, including those that are destined for the food chain. A plant-based diet certainly has some health and environmental benefits, although most medical experts and nutritionists support a carefully managed mix of plant and animal derived sources as the preferred diet, and for the overwhelming majority of the population, as the healthiest option.

An article published in April 2020 by the website Food Navigator also reported that researchers in the U.S. conducted a review of 18 studies, representing 160,257 participants examining the relationship between the consumption and avoidance of meat and psychological health. The researchers concluded that the majority of studies showed that those who avoided meat consumption had significantly higher rates or risk of depression, anxiety and self-harm behaviour. Vegetarians were two times more likely to take prescription medications compared with meat and dairy eaters. The exclusion of any food group, and especially meat and poultry, was associated with increased risk of psychological disorders. Click here to read more.

Vegan bandwagon is just brand marketing hype
Given all the hype and media attention around veganism and so-called vegan materials, there does need to be a degree of push-back on the many false and misleading claims when it comes to a vegan lifestyle and the whole range of materials that are marketed as vegan. The phrase ‘cruelty-free’ is heavily used by vegan marketeers and widely spread in the media or social media but is rarely supported by any scientific evidence or thought to what that actually may mean in practice. Slaughtering an animal humanely might seem cruel to some people, whereas others might accept that the death of a farmed animal is part of the food chain. Others may argue that damage caused by plastics and microfibres in aquatic systems to wildlife is unacceptable, and indeed those materials are themselves inherently cruel to wildlife and people.

Even the use of the term ‘vegan leather’ is an oxymoron and a classic example of the campaign of trashing genuine leather on the one hand and yet associating themselves with consumers’ positive emotions about the material at the same time.

Many leather industry experts also feel that the term vegan is now associated with a whole host of non-natural materials, as many of them are far cheaper than genuine leather and it is simply a cost cutting exercise adopted by a growing number of brands, retailers and OEMs, using the ‘vegan’ label as a smokescreen to cut costs. Take the automotive industry for example: what will non-leather seats in vehicles such as Tesla look like after 10-15 years of use, and what are their recycling and end-of-life considerations? I don’t ever recall automotive sales literature or marketing referring to cloth, textile or vinyl seats as ‘vegan’ at any time in the history of the motorcar until the last few years, when it became trendy to do so. In fact, most car interiors ever made had non-leather interiors – it’s not a new phenomenon, just plain and simple marketing to allow for lower cost plastic and synthetic materials to substitute leather to reduce costs.

Also, how can data used by the Higg Index (Materials Sustainability Index) for example, appear to penalise natural materials such as leather, wool and cotton in favour of plastics and synthetic materials derived from petrochemicals? How come leather’s footprint is measured from the calf, yet plastics do not take into account the extraction of oil from the ground and the stored carbon it releases? Cynics point out that the Higg Index data seems to suit the global sports and retail brands that use many of the lower cost, non-natural origin materials in products to improve their bottom lines rather than a measurement of the true environmental impact for each materials footprint. 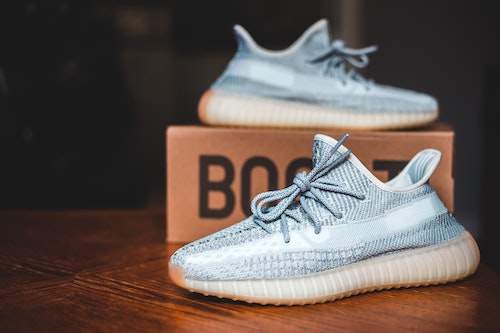 Extremists views akin to a religious cult
Anyone who has ever tried to have a rational discussion with the animal rights group Peta or tried to counter some of the more outrageous and misleading tropes about leather by vegans on social media will have experienced not only hostility, but also a cult fervour that is often akin to an extreme religious cult. Many of the psychological risks stem from the fact that the vegan movement shares many features in common with cults. In a recent interview with ILM, Frank Mitloehner, air quality specialist and Professor at the University of California Davis, said that the meat, dairy and leather industries should not attempt to engage with the hardcore one percent of the vegan movement, and he described them as “extremists that you are never going to be able to debate with or change their minds”. Animal agriculture related industries should not waste time and effort trying to engage with them.

Instead, he said, those need to leave their own sectorial silos and work together to make the livestock and animal by-product industries more efficient and sustainable. “We (collectively) should try and avoid making livestock populations larger, but instead focus on making them more efficient, especially in developing countries”, he explained. Mitloehner told ILM that most of marginal land in the world is not suitable for arable farming and is best suited to sustainable animal agriculture. He said that ruminants are by far the best solution to turn cellulose (grasses) into edible protein and a host of other by-products including leather. He told ILM Editor Isabella Griffiths in the latest episode of the “View from the Top” podcast that he had visited many farms and packing plants over the years and the people that owned and farmed these places take animal welfare very seriously, despite being constantly attacked and vilified by the vegan movement. He described the term ‘cruelty-free’ as a “laughable and ridiculous” term. “Farmers (and tanners) should not be intimidated by the way the hardcore vegan extremists attack them. Instead, they should continue to focus on making animal agriculture better and show the world the good work they are doing.”

While most rational people view their relationship with veganism in a more level-headed way, the extremist element will regularly and purposely ignore the facts around leather as a by-product of the food industry and focus on the emotional response of consumers around slaughter. Any look at postings and comments on social media will see the usual negative and false tropes trotted out against leather, whether they be around the use of toxic chemicals, destruction of rainforests and that animals are killed to make leather. Any social media dialogue soon descends into abuse and the extremists will try and make out that the leather industry is supporting the culling of animals such as dogs or other wild species to make leather.

As ILM has reported many times over the years, any bad practice by a tiny minority of illegal rogue operators should not tarnish the reputation of the vast majority of leather manufacturers, and environmental protection, animal welfare and sustainable business practices should remain at the top of the industry’s agenda. As they are already. Investment in environmental controls and compliance was at the top of the list of investments tanners were looking to make in the next year, according to the 2020 ILM Tanner Business Confidence survey results. We do as an industry need to drive out the bad operators and the poor practices that provide ammunition for groups such as Peta, which they magnify, embellish or distort and which hone in on the emotional consumer response. At a time when many celebrities are boycotting their Facebook or Instagram accounts in a protest against what they see as hate, propaganda and misinformation, let’s hope that some of them stop recirculating the lies and misinformation that some of the animal rights groups regularly post that are enhanced by misguided celebrities and online influencers.

Although I am not sure on his precise views on leather, he has posted some pretty damning comments around the true environmental impact of what are marketed as “vegan” products which are mostly made from plastics derived from petrochemicals. “Petrochemicals are poisonous to aquatic environments and there is a significant cost to using them at scale, whether the Higg MSI (Materials Sustainability Index) accounts for it or not”, he wrote.

He cited PU (polyurethane) and PVC (polyvinyl chloride) as the two most widely used ‘vegan’ leather-like materials for most of the sales, although he also points out that materials made from pineapple and apple fibres etc. are all glued together using PU. “There is an enormous undercounted ecological footprint (carbon, water, microplastics), lack of recycling and thus the need for landfilling at the end-of-life for these materials”, he states. “The next time you see marketing that is championing a ‘vegan’ product, ask yourself what raw materials and resources were required to make that thing”. Prof. Haverhals also went on to conclude in one post; “Many vegan-minded consumers have been tricked into a strange alignment with the petrochemical industry.”

But before we nod in agreement with Haverhals’ comments, we should also acknowledge that the tanning industry regularly uses PU for surface coatings in many applications. Hopefully, we will see a return to more natural leathers using more renewable carbon chemical sources in the future.

The next steps
What appears clear is that the leather industry should not waste any time or effort trying to engage with or counter the animal rights movement or the vegan lobby. Thankfully, this message has been picked up already by the main industry promotional groups and associations who instead prefer to accentuate the positive story of leather and its benefits over the so-called vegan materials.
We should also listen to what leading experts such as Prof. Mitloehner say when he speaks of the various industries being stuck in their own silos but all facing the same problems. Cross-industry dialogue with the food (meat and dairy) and rendering sectors would help unify our message and counter the lies and misinformation reported by groups or individuals that want to use the vegan message to put an end to our livelihoods and to hell with the social and environmental consequences of what that may mean if it were to become a reality. 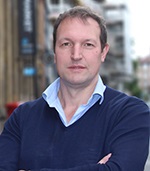