The difference between success and failure for industrial leather parks

In ILM’s new column ‘Against the grain’, Sam Setter shares his views on the issues affecting the leather industry around the world. His first piece examines the problems that have prevented leather parks to live up to expectations and become the beacons of tanning communities around the world.

We have been hearing about leather parks for the last few decades. The planning of these centres has always been the easiest part of the job, whereas the execution part has met immense hurdles, some of which have lasting consequences.

The conception of a leather park is a political act. That is the easy part. The local government decides, for one reason or another, that the existing tanneries or tannery areas in a country are obsolete or do not comply with the ruling laws, and the order goes out along the lines of this: “We provide for a new industrial area, and you all move there”. The consultants and promoters that are hired for such a project promise heaven on earth in terms of a new beginning, perfect environmental safeguards, new employment opportunities and an expansion of the existing outputs.

When a leather park idea is being launched, there is always the promise of availability of funds, by the multiple millions - and “off you go”. Study trips are organised to a variety of countries that are known to set the benchmarks. Timelines are predicted, promising a fast turnaround. In reality, the creation of a leather park takes some 20 years, and in case it ends up being a failure, the work on the leather park never finishes. Once the fanfare and PR drive goes silent, the real issues relating to the creation of a leather park emerge, for example often the resistance of the tanners or the community where the industrial park is planned to be erected, against the project. Then, there will be political problems, lack of funds and technical issues that arise during the execution stage. UNIDO has published a case study on the creation of leather parks, which is well worth reading.

One of the first, if not the very first, industrial leather complexes was created, believe it or not, back in the 1930’s when Bata Company, founded in 1894, planned and constructed in the city of Zlin, Czechoslovakia, the basis of its empire. It is to be noted that Bata planned not only its production units, but also the infrastructure for social and residential zones, something that, for instance, the Savar tannery area completely ignored, with workers commuting each day up to two hours each way.

Some 50 years later, the Karachi leather industry created the Korangi industrial Area in Karachi, Pakistan. The tanneries in Karachi were located in an area called Rangiwara, and the tanners, the municipality and government soon realised that the sheds that housed their drums could not be called factories and were not suitable to expand an industry that is of significant importance to the country.

The Korangi Industrial Area was conceived, and tanneries constructed modern factories within a short period of time. It was a huge success. While the concept did not include the construction of an effluent treatment plant, the fact that Korangi had a sewerage system was already quite a step forward and distinct advantage over Rangiwara. However, over the years, the area deteriorated dramatically due to undisciplined expansion and until not too long ago, Korangi was an open-air dump. The subsequent construction and operation of the central effluent treatment plant brought little relief as the damage had already been done.

To stay close to home, Sialkot started planning its leather park in the early 2010’s after the uncoordinated growth of the present tanning area, which became totally polluted due to the CETP being inadequate to deal with the liquid waste. The solid waste is accumulated on a daily basis in unprotected landfills, or just dumped on roadsides. A clean-up cannot come soon enough and one wonders how long it will take until action is being taken.

How many times have we read about authorities in Kanpur having forced the tanneries to temporarily close down? The saga of Kanpur tanneries polluting the area is going back quite a few years. The CETP is insufficient, and there is talk of a new tannery industrial park. UNIDO has invested a lot of time and money to submit qualified advice and assistance to the tanneries to improve their efficiency and provide examples of what modern tanneries should look like and how they should function - advice that would come in handy for the newly proposed area, for which, until now, nothing has moved further than the paper the good plans were written on. 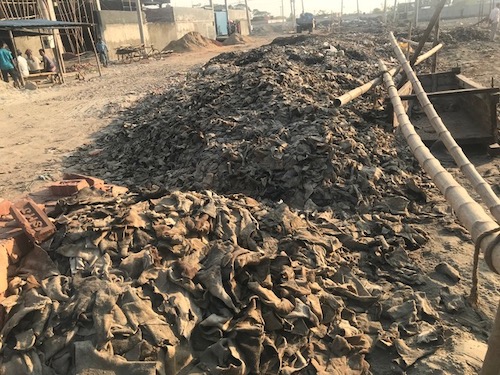 Then we have Botswana. The Botswana Meat Commission runs three abattoirs, one of which, in Lobatse, also operated a rather modern tannery. The tannery was closed as it was unable to process the solid waste that had accumulated in its effluent treatment plant. Many attempts were made to find a solution for the ETP and to let the tannery start up again. By now, the tannery has deteriorated to such a degree that it would need to be totally refitted with new machinery, from drums to ironing appliances. However, the Local Enterprise Authority engaged NGOs and independent consultants to come up with plans for a new tannery area. A lot of money was spent - until now in vain – to create plans for a new tannery area. The capacity of the planned new tannery area overreached by far the capacity of the country’s hide and skin production and promised thousands of direct employment and tens of thousands of indirect employment opportunities. The project was totally unsustainable and, if executed, would be a white elephant. Although the plans were revisited several times, nothing ever happened. It seems though that presently there is some light at the end of the tunnel and it is hoped that any new tannery will be constructed based on realistic modern and sustainable principles.

Apart from Bursa, Turkey, one of the real success stories of a tannery relocation is from Cairo Old Town to the Robbiki Industrial complex. It has taken some 20 years to reach the objective and even if the idea of having a large number of almost identical modules in three or four sizes to host the tanneries is unattractive, the relocation was successful and can serve as a model for the industry where such relocations are required. Robbiki is the success story that Dhaka’s Hemayelpur was striving for but has not even come close to and will, regretfully, never reach because while the Egyptian relocation was in firm, capable hands, Hemayelpur is managed by those defending their position after clamorous errors, rather than competence. 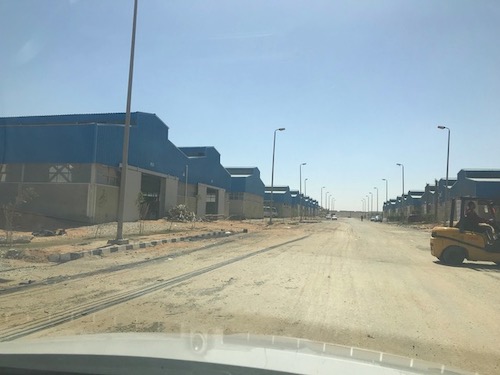 The Mongolian leather industry was modelled in Soviet times and has all the hallmarks of Soviet era engineering by Czech technicians - nothing wrong with that, on the contrary. The tanneries have a functional and spacious concept. They are located in what is now becoming a populated area in Ulaan Baatar and the Government has decided to relocate the tanneries to an area called Darkhan Leather Complex, a few hundred kilometres from the Capital. Darkhan Leather Complex has been founded in 2017 and is partially owned by the Darkhan city’s municipal government and a company called Saraway, which is the project sponsor. The project has been hugely and very professionally promoted and there are some great 3D representations and inviting videos of the whole complex. On their website, you also find a very professional project presentation. The project has benefited from the input of several foreign experts for the development of the common effluent treatment plant, while local experts have devised a concept which they consider the optimum solution. However, as it currently stands, the CETP will be a hybrid and therefore it is questionable whether it will work. There has been, of course, a huge ceremony when the foundation stone was laid, well documented on TV and other news outlets with extensive PR and media coverage. But a year after this inauguration, little or nothing else has been done. Let’s hope that this will not be another case of pie in the sky.